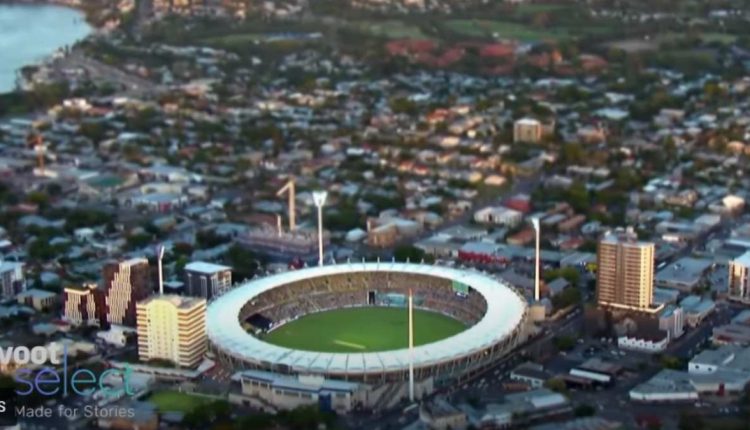 Voot Select is all geared up to take cricket aficionados on a nail-biting journey of the 2020/21 India tour of Australia in its upcoming web series, titled ‘Bandon Mein Tha Dum’. Ahead of its release, the platform launched the riveting trailer of the Neeraj Pandey directorial at its launch event in Mumbai, to give viewers a sneak peek into India’s historic win against Australia, the world’s no. 1 Test side. The web series will soon premiere exclusively on Voot Select.

Coupled with a powerful script, behind-the-scenes footage, candid narratives from the winning squad like Ajinkya Rahane, Ravichandran Ashwin, Cheteshwar Pujara, Mohammad Siraj, Rishabh Pant and Hanuma Vihari, their coaches, as well as journalists who covered the series, ‘Bandon Mein Tha Dum’ sheds light on the trials and tribulations that the Indian cricket team had to navigate ahead of their unforgettable victory against Team Australia at their home ground of Gabba, where they hadn’t lost a Test match for 32 years. The web-series focuses on how the team played extraordinarily high-quality cricket and simultaneously redefined the concept of hard work, perseverance, determination, and commitment, setting the highest standards of sportsmanship while breathing new life into the fading format of Test cricket!

Talking about how ‘Bandon Mein Tha Dum’ came about, Neeraj Pandey shared, “Bandon Mein Tha Dum is an epic tale that outlines ‘Miracles do happen’ and it happened in the India-Australia Test series 2020/2021 which culminated in India’s stunning defeat of the world no.1 test side at their hallowed home turf of Gabba where they hadn’t lost a test match for 32 years.The series was won by India in such a manner that it not only captured the imagination of the entire nation but also provided tremendous joy to the cricketing and wider sporting community all over the world at a time when people were still trying to come to terms with the devastation Covid-19 had brought in their lives.The human stories in this cricketing fairy tale elevated the series beyond a cricketing audience and created huge euphoria across all segments of the Indian society.The nation was gripped and it was therefore befitting for us to bring the story to the people of India of one of the greatest comebacks in the history of sports and cricket.

Nothing excited me more than retelling this story which went beyond high-quality cricket, hard work, perseverance, determination, commitment, sportsmanship and decoding the x-factor through the mind of the players which repeated the David Vs.Goliath story!”

Gourav Rakshit, Chief Operating Officer, Viacom18 Digital Ventures said, “At Viacom18 Digital Ventures we have successfully built an ecosystem that caters to the evolving needs of our viewers. With a strategy to create an everyday consumption proposition, we have consistently brought forward entertainment that is high in quality and bingeworthy. Our robustly curated content mix and our success with digital-first is a testament to our commitment to provide viewers with game-changing experiences. ‘Bandon Mein Tha Dum’ is the first of the many such narratives and we will continue to explore new genres and avenues that are in sync with our audience’s core values.”

Ferzad Palia, Head – SVOD and International Business, Viacom18 further added, “Bandon Mein Tha Dum is a story that every Indian deserves to know, and re-live. The series is based upon the unheard stories and the real struggles behind the victory of the Indian cricket team during a one of it’s toughtest times. Neeraj is a storyteller par excellence and we are honoured to have him create this Special Event Series for our members. This is the first among many of an entertainment slate like never before. We’re certain that the series will set a new benchmark in Special Event storytelling.”

An enthralling cricketing journey rife with peaks and troughs surely makes for a compelling watch for all the cricket fanatics out there!